The ruling ground of many ancient empires, East India has a strong ethnic culture and religious roots. Comprising the easternmost cities namely Odisha, West Bengal, Arunachal Pradesh, Bihar, and Jharkhand wherein the bulk of the region is either near the Bay of Bengal or on the Indo-Gangetic plains.

Kolkata, known as the Cultural Capital of India, is the largest city of East Indian region. Located in the state of West Bengal, it boasts 19th-century architectural marvels such as Victoria Memorial and Howrah Bridge. The narrow alleyways and markets blend well with the ancient temples, science centers, and educational institutions giving Kolkata a metropolitan character. While Odisha is a state that displays innate architectural prowess. The Sun Temple in Konarak and the ancient Jagannath Temple in Puri are fine examples of it. Various unspoiled beaches and caves are also found here.

In terms of food, each state of Eastern India has its rich delicacies soaked in traditional herbs and spices. Bengali fish and Rasagola lure you in Kolkata while Chena Gaja and Rasmalai are lip-smacking dishes of Odisha. Adding to the vibrant culture of East India are various dance, music and art forms. From Sambalpuri dance to Rabindra Sangeet and Madhubani paintings, the creative diaspora of the region has left its mesmerizing effect on people worldwide10% DISCOUNT (if booked 90 days in advance with full payment) per person on Twin Sharing basis subject to minimum 2 pax travelling together. GROUP Discounts available on minimum 10 paying paxBreakfast on day of Arrival
Meals except where mentioned
Medical & personal expenses like beverages, tips and gratitude’s, telecommunication charges
Any kind of Insurance, Visa,
GST@5%
Wi-Fi charges, laundry and what so ever not mentioned under “cost Includes"1-1031-3 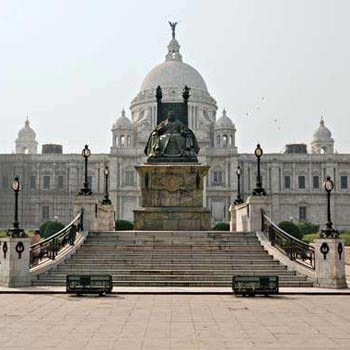 At Netaji Subhash Chandra Bose International Airport/ Howrah Railway Station. You are greeted and escorted by our company representative to your chosen Hotel. Balance day is free for own activities. (Vehicle with driver will be at your disposal for local city running subject to 80 Kms/ 8 hrs) Overnight Stay (Room Check -in 1400 hrs)
Day 2: 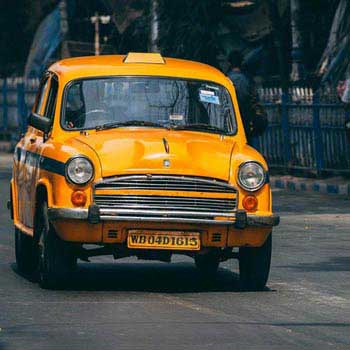 Morning after breakfast is reserved for a Full day guided tour of Kolkata, also called the “City of Joy” Kolkata has been regarded as one of the most important cities in India ever since the East India Company set base in Bengal, from where it began its trading operations.

Apart from its historical significance, Kolkata is also the largest city in the Indian state of West Bengal and one of the largest cities in the country. While one part of Kolkata is the culture-rich city draped in colonial attire, there is another facet to the expanding city which includes its rapidly developing, futuristic suburbs. The sheer vibrancy that you will find in every part of the city is sure to keep you entertained. Be it buildings of colonial times, museums or libraries, heritage hotels, memorials, bridges across various parts of the city, amusement parks in and around Kolkata or the local markets and shopping malls, this city has something in store for everyone. 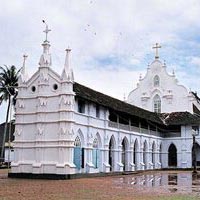 Morning after breakfast transfer to NSCB international airport, to board GO AIR flight at 1150 hrs for Bhubneshwar, the capital of the East Indian state of Odisha. Later on arrival at 1255 hrs, meeting, assistance & transfer by private car to your chosen hotel.

Afternoon is reserved for a guided sightseeing tour of this very ancient metropolis. Start your tour with an excursion to Udayagiri & Khandagiri Caves, formerly called Katak Caves which are partly natural and partly artificial caves of archaeological, historical and religious importance. The caves are situated on two adjacent hills, Udayagiri and Khandagiri. They have a number of finely and ornately carved caves built during 2nd century BCE. It is believed that most of these caves were carved out as residential blocks for Jain monks during the reign of King Kharavela. Udayagiri means "Sunrise Hill" and has 18 caves while Khandagiri has 15 caves. On your return journey visit the Tribal Museum (closed on Mondays) Return for overnight stay in hotel
Meals : Breakfast
Day 4: 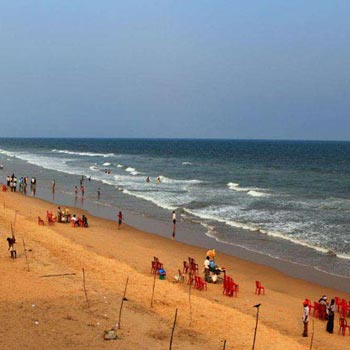 Morning after breakfast is reserved for Half day guided visit to famous city temples including the Lingaraj Temple, a Hindu temple dedicated to Lord Shiva and one of the oldest standing temples in Bhubaneswar. The temple is believed to be built by the kings from the Somavamsi dynasty, with later additions from the Ganga rulers.

While Parsurameswar Temple is considered the best preserved specimen of an early Orissan Hindu temple dated to the Shailodbhava period between the 7th and 8th centuries CE. The temple is dedicated to the Hindu god Shiva and is one of the oldest existing temples in the state. It is believed to have been built around 650 CE in Nagara style and has all the main features of the pre-10th century Orissan-style temples. The temple is one among the Parashurameshvara group of temples.

Also visit Mukteswar Temple, one of the most prominent temples of Bhubaneswar, has been constructed in the style that is quite similar to the one used in the Kalinga School of Temple Architecture and known as the 'gem of Odisha architecture’)

Afternoon transfer by private car to Temple town of Puri. En route visit Raghurajpur a heritage crafts village known for its master Pattachitra painters, an art form which dates back to 5 BC in the region and Gotipua dance troupes, the precursor to the Indian classical dance form of Odissi. Apart from that, the village is also home to crafts like Tussar paintings, palm leaf engravings; stone and wood carvings, wooden, cow dung and paper Mache toys, and masks.

Continue your journey to Puri by the sea and on arrival transfer to your chosen resort/hotel. Evening is at leisure. Soak in the sun, spend time at the beach or take a stroll & marvel at the tiny kiosks selling all kind of trinkets, set up all along the beach near Puri town. Overnight stay in hotel
Meals : Breakfast
Day 5: 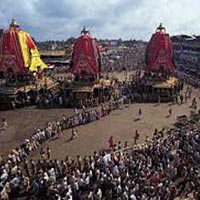 Morning after breakfast is reserved for Full day guided excursion to Satapada, Chilika Lake. Enroute drive past “Sri Jagannath Temple complex, an important Hindu temple dedicated to Lord Jagannath, a form of lord Vishnu. The temple is an important pilgrimage destination and one of the four great 'Char Dham' pilgrimage sites, found at India's four cardinal points. The present temple was rebuilt from the 10th century onwards, on the site of an earlier temple; the temple is famous for its annual Ratha Yatra, or chariot festival, in which the three principal deities are pulled on huge and elaborated designed chariots.

Satapada is located by the side of Chilika and close to the mouth opening of Chilika Lake to the Sea. The main attraction at Satapada is its Chilika boating and Dolphin watch. On arrival, drive to Satapada boat jetty to board your motor boat for Dolphin sightseeing cruise. Highest population of Irrawaddy dolphins in the world are seen in Chilika. But it depends on your luck also. The motor boats switch off their engine at the Dolphin points 50 M distance from the Dolphins. Not more than 5 boats are allowed at the same time near the Dolphin. 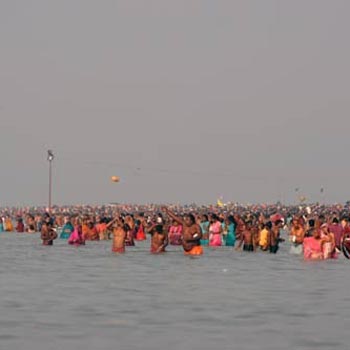 Morning after breakfast is reserved for Full day guided excursion to Konarak Sun Temple & Chandrabhaga beach which hosts an annual sand festival along with Konark Beach Festival in February.

Konarak is a 13th-century CE Sun Temple attributed to king Narasimhadeva I of the Eastern Ganga Dynasty about 1250 CE. The Sun Temple is known for its exquisite and intricate architecture and sculptures. Located on the shores of the Bay of Bengal, the Sun Temple is a sight to behold especially during Sunrise. Its prominent location has guided ancient mariners for around millennia.

This temple was called the "Black Pagoda" in European sailor accounts as early as 1676 because its great tower appeared black. Similarly, the Jagannath Temple in Puri was called the "White Pagoda". Both temples served as important navigational landmarks for sailors sailing the Bay of Bengal. Declared a UNESCO world heritage site in 1984, it remains a major pilgrimage site for Hindus.

Afternoon, after finishing with sightseeing, continue your journey to Bhubaneswar. Enroute stop to visit Dhauli hills located on the banks of the river Daya, 8 km south of Bhubaneswar. It is a hill with vast open space adjoining it, and has major Edicts of Ashoka engraved on a mass of rock, by the side of the road leading to the summit of the hill. It is presumed that the great Kalinga war was fought here. The rock-cut elephant above the Edicts is the earliest Buddhist sculpture of Odisha. The Daya River is said to have turned red with the blood of the many deceased after the battle, and enabled Ashoka to realize the magnitude of horror associated with war. He saw to it that Dhauli became an important center of Buddhist activities.

Continue your drive and on arrival in Bhubaneswar , transfer to Biju Patnaik International Airport to board Indigo flight at 2010 hrs to Kolkata. Later on arrival at 2140 hrs, meeting, assistance & transfer to your hotel. Overnight stay in hotel
Meals : Breakfast
Day 7: 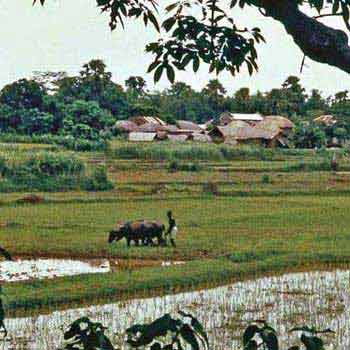 Morning after a leisurely breakfast, time is free for own activities till departure. A Day to write your memoires, drink a margarita by the poolside, read a book, laze around or simply go shopping. (Vehicle with driver will be at your disposal)

END OF OUR SERVICES - We sincerely hope that you had an “incredible” experience while in India and take this opportunity to wish you a happy & memorable journey back home.
Meals : Breakfast

CMORE "The Company" accepts bookings subject following conditions: On confirmation of the programme from the " Company " a deposit equal to 50% (fifty) of the contracted value of the tour price is required to be sent directly to the "Companys" bankers, vide swift transfer/ credit card with a confirmation copy of the same to the "Companys " headquarters, at New Delhi. The balance of the contracted value 50% (Fifty) shall be paid not less than 35 days before commencement of tour OR a deposit of 100% (Hundred) is required 35 days before commencement of tour. Please note for Group Travel, Luxury Resorts or Luxury Train holidays & during Peak season (October to March) 100% (Hundred) is required minimum 90 days prior to travel date. CANCELLATIONS: Travel dates may be changed up to 35 days prior to travel without penalty. An administration charge of 10% will be charged, if a confirmed booking is changed or transferred up to 35 days before commencement of the tour. After this time all changes will be treated as cancellation and will be subject to the charges mentioned below. Cancellation charges are calculated from the day, written acceptance of confirmation along with deposit is received by the “Company” and expressed herewith as a percentage of the total tour price including surcharge as follows: Cancellation Charges: Days Prior to Arrival – up to 35 Days: 10% 34 to 10: Days: 40% Less than 10 Days: 65% Day Tour starts: 100% (No Refund) All disputes subject to Delhi Courts only. PLEASE NOTE THE FOLLOWING: - Tour cost includes presently prevailing State and Government taxes, applicable on accommodation and transportation. In case of any hike in taxes, surcharge will be applicable. # suggested hotels are subject to availability at the time of booking. In case the same is not available, then the best similar category will be provided # Tour cost is not refundable for any cause, once the tour starts # All tours subject to 100% advance payment minimum 30 days prior to start date. # Tour guide reserves the rights to make changes detour or omit any place of visit if it becomes necessary due to bad weather, bad road, strike or shutdown and any security reason. # Tourist will carry their luggage at own risk and responsibility; C’ MORE Travel & Tours or any of its associate agents, do not hold any responsibility for any loss of luggage during the tour. VALIDITY: 01st August 2018 to 31st March 2019 However Rates are not valid between 20th December & 06th January 2019